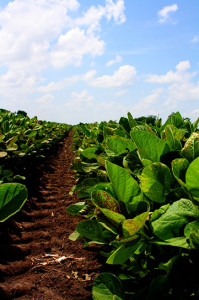 In 2017, EPL Bio Analytical Services (EPL BAS) of Harristown, Illinois will mark its 30th year of partnership with the global agricultural community. Since the company’s inception in 1987, EPL BAS has focused exclusively on agricultural science, building a reputation in the industry for quality, compliance, and customer service. The EPL BAS scientists work with their clients in continuous pursuit of safe and reliable agricultural products to protect and improve world food supplies. At the core of the company is an outstanding team of experienced scientific professionals with a passion for excellence. They provide the exemplary contract analytical laboratory services that local, national, and international clientele have come to expect from this leading laboratory facility. Excellence is standard as can be seen in the company’s historic legacy of scientific innovation and Good Laboratory Practice compliance.

EPL BAS has grown where it was planted deep in the heart and soil of central Illinois. While continuing its history of crop protection chemical testing, EPL BAS has expanded into cutting-edge agricultural biotechnology stimulating accelerated growth.

The success of agriculture is not only good for the heartland but for the nation and the world. Our economy depends on agriculture for food, feed, fiber, and fuel. EPL BAS is doing its part in each of these areas. On the horizon for EPL Bio Analytical Services are continued improvements to further increase capacity, which has increased over 20 fold since 2005, expediting turnaround times (they have already set the bar for many services), and advancing their place in the agricultural biotechnology revolution.

Throughout the company’s evolution, the business of EPL BAS has remained excellence, passion, and leadership in the science of agriculture. The company’s early work assured the safety of traditional chemicals for the crop protection industry. EPL BAS stayed the course during the pesticide market’s ebbing years even as other support labs changed direction. Today GLP crop protection services continue in such areas as the study of herbicide-resistant transgenic seed under EPA residue standards. In 2002, the company reinvented itself by broadening its scope and integrating cutting-edge technology with agricultural science. The laboratory has now validated more than 100 methods for use in Compositional Equivalence (CE) studies designed to assure that genetically-modified crops such as soy, maize, cotton, sorghum, and canola demonstrate no unintended changes in nutrition when compared to non-modified crops.

In 2012, EPL BAS added to its comprehensive technological toolbox by including analytical molecular biology capabilities. In 2013 and through 2014, EPL BAS continued the legacy by adding award-winning technology, high throughput capabilities, accreditation to ISO 17025 standards and international recognition as a Best Supporting Role by receiving the Agrow award.  We have been shortlisted for the AGROW award in the years 2014 through 2016 and received a Small Business award during that period as well.  Most recently we have added new technology to allow high throughput simultaneous analysis of plant proteins including soy allergens and methodologies for analysis related to pollinator health issues.  We just purchased a third AB Sciex 6500 Plus system with Selexion.  We have expanded our capabilities to include higher throughput Simulated Gastric Fluid analysis to comply with upcoming new requirements and have added several Study Directors and Principal Investigators over the past couple of years.  We are so honored to celebrate our 30th anniversary in 2017 by once again winning the prestigious Agrow Award for Best Supporting Role!

For more information or to request a quote please click here

"WOW! That was quick! Thanks so much!"